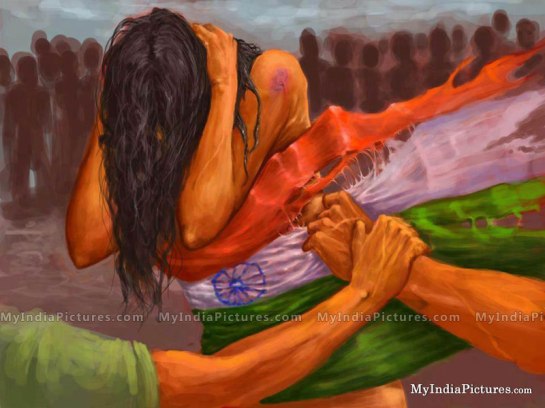 On November 7th 2014, a woman was violently stripped naked in Nairobi, by Embassava matatu touts.  The touts aimed to ‘teach her a lesson’ for ‘tempting them’ by ‘indecently exposing her body’. They took matters in their own hands, punishing the woman for the ‘crime’ of ‘subjecting society to immorality’.

While these men justify their chauvinistic actions in the name of protecting society from immorality, the same matatus subject their commuters, young and old, to blaring obscenities, in some cases with videos of semi-naked women in the name of music. On most mornings, many of these matatus will be tuned in to a popular radio station, often perpetuating and justifying what could and has been deemed immoral. Never mind that not everyone wishes to be subjected to such misogynistic content and some parents may wish to protect their children from such exposure.

Violent undressing of women in public by groups of men, often matatu touts, has been reported in Nyeri, Githurai, Bungoma, Kisumu, Mombasa, Thika, Eldoret and Nairobi.  In Nyeri, a woman was stripped naked, by matatu touts for ‘indecent dressing’ in March 2013.  She later died from shock.

Despite the detrimental effects of such violence and humiliation of women, the perpetrators of such abuse go unpunished. The fear that this instils on women is untold. The gender inequality that it perpetuates in society, is unfathomable.

Incidents of men stripping women are reflective of a patriarchal culture of male domination over women, which gives men authority and control over women’s bodies. Men set the parameters of what qualifies as indecent exposure, and determine when it is desirable or unacceptable for society to be subjected to ‘women’s nudity’.

In a society that purports to promote equal freedoms and gender equality, this must change. Male aggression towards women is effectively sanctioned by the authorities, through their inaction, and unwillingness to bring the perpetrators to book.  This must change!

The group Kilimani Mums is calling on the public to join in a peaceful procession from Uhuru Park to Accra Road on Monday 17th November at 10am.  Protestors shall march and deliver a message to Embassava matatu touts that undressing women in public is wrong and women have the right to dress as they wish.

Let us take action to end this blatant abuse of human rights!